Take classic 2K action on the go with NBA 2K20 for mobile, featuring 5 new NBA Stories, a new MyCAREER storyline, and an all-new Run The Streets mode! From 5-on-5 basketball with current or all-time great NBA teams to streetball in Blacktop, NBA 2K20 is filled with a variety of game modes for all players.

Features:
ALL NEW RUN THE STREETS MODE
For the first time in any NBA 2K game, take your MyPLAYER around the world in a series of 3-on-3 streetball competitions. Get on a hot streak and takeover the game with greatly improved abilities and attributes. Compete against other players for a place on the Ranked Leaderboard or see how far you can go through the Championship.

NBA STORIES RETURNS
Experience the history of some of the most famous NBA players and teams with 5 new NBA Stories to play through.

NEW MyCAREER STORY
Build your MyPLAYER and go on your journey from college to the NBA. Will you have what it takes to earn your place among the NBA all-time greats?

THE ASSOCIATION
Take control of a team as the GM. Manage the roster, scout and draft the incoming rookie class, handle the budget, and more!

MULTIPLAYER
Finding opponents is easier and faster than ever before with a new Quick Match feature. Connect with other players through LAN or Game Center to play 5-on-5 matches or Blacktop games.

NEW 2K BEATS SOUNDTRACK
A new soundtrack accompanies you on your journey to the top of the NBA, featuring songs from Drake, Diplo, T-Pain, and more!

PVP added to 'Run The Streets' mode - Compete against other teams for rewards and for placement on the ranked leaderboard. 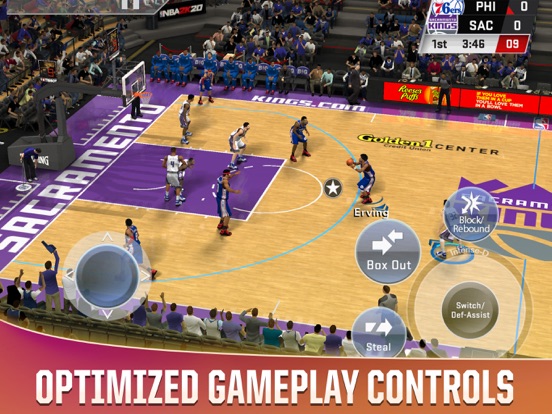 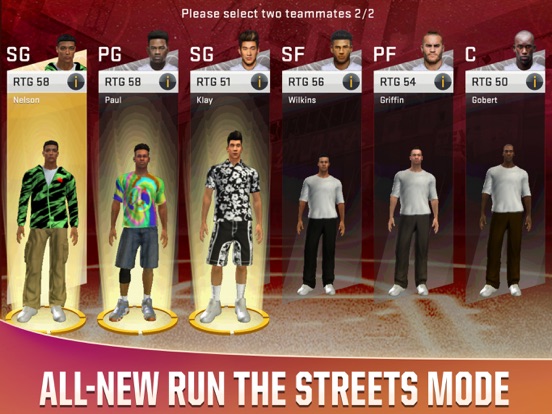 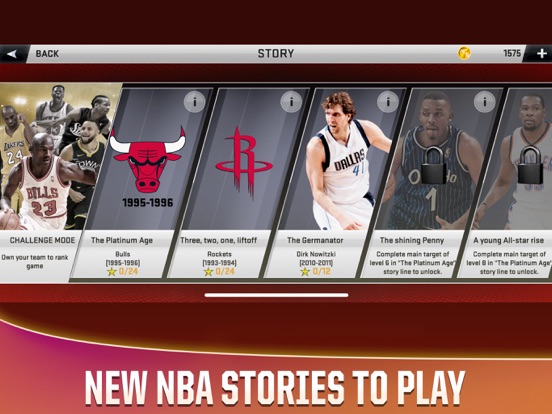 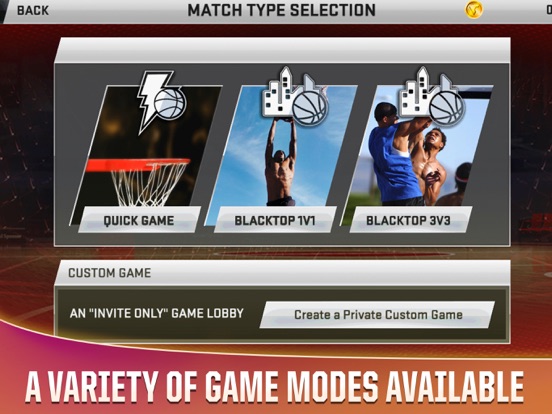 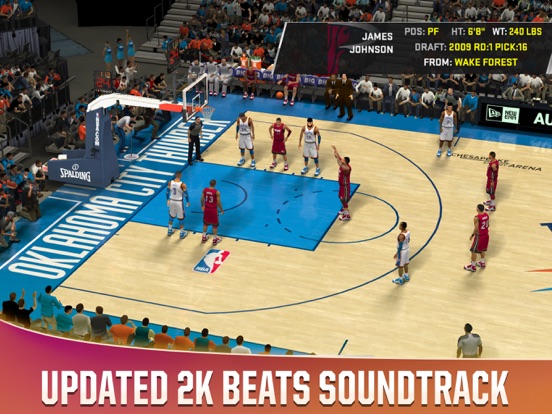