Translate Photo app extracts texts from any printed sources: documents, books, signs, instructions or announcements and allows to immediately translate them to any of 90 languages.
Take a picture of the text and after the text is recognized, you can immediately edit, hear, translate, share it on Facebook, Dropbox or simply send by email

• Full text translation for more than 90 languages (Internet connection is required)
• Listen to the text that has been recognized and translated into more than 44 languages!
• Edit the text, copy it to clipboard, and save in other apps
• Share the text on Facebook,Dropbox or send by email
• All texts are saved in History and can be later recovered at any time

------------------------
With Translate Photo app you can easily scan and translate:
• any paper documents
• recipes from cookbooks
• notes and letters
• menus in restaurants, bars, and cafes
• articles from magazines and newspapers
• book parts
• instructions and manuals
• texts on product labels
• road signs as well as signs in airports and stations
• and many more...

We've developed a new version of Translate Photo App for your BEST EXPERIENCE!
Now you can:
- use iMessage to make instant scans and send existing translations
- synch your scans, texts and translations with iCloud
- image preview in «History»
- see your frequent used languages first
- swipe the cell in «History» section to delete and share your translations
- email your scans, texts and translations to yourself
- customize translation font size (for sand-blind users)
- translate into Sinhala language
- scan documents in Malagasy language
And we've added the Danish localization and fixed some minor bugs! 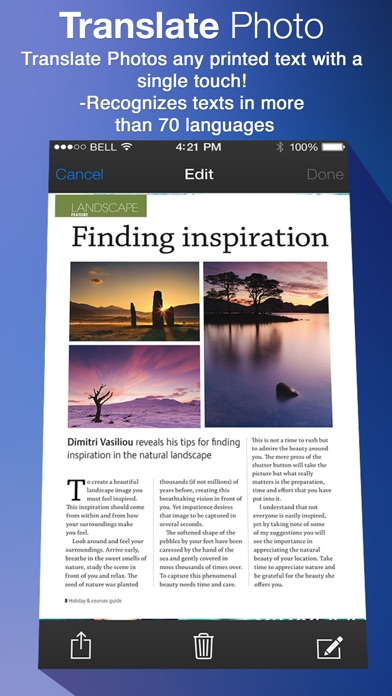 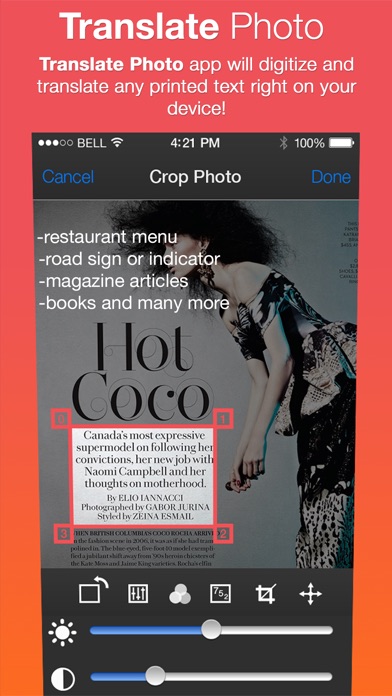 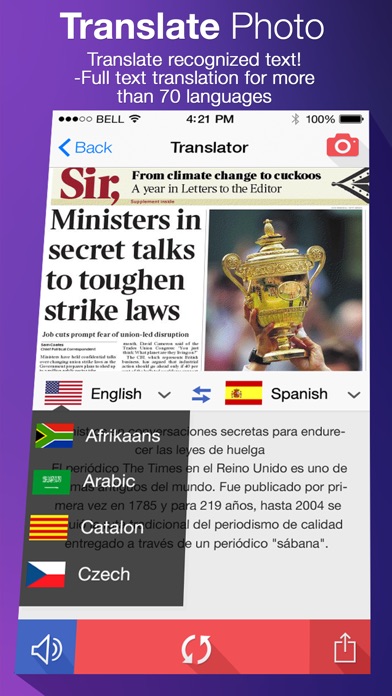 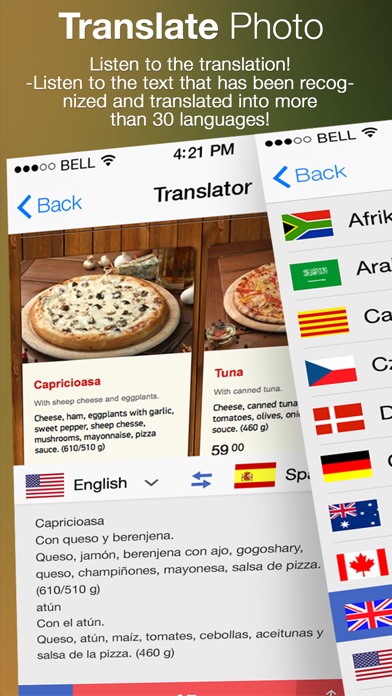 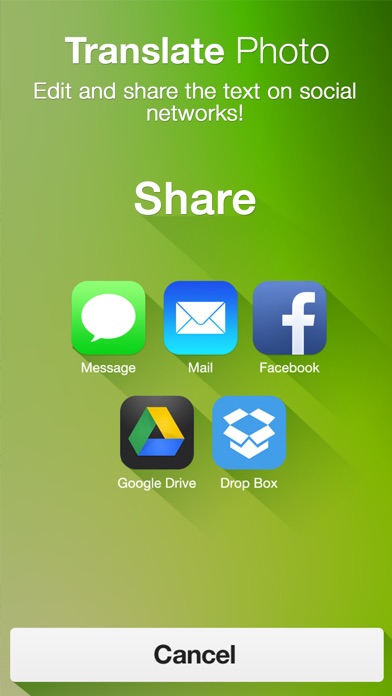 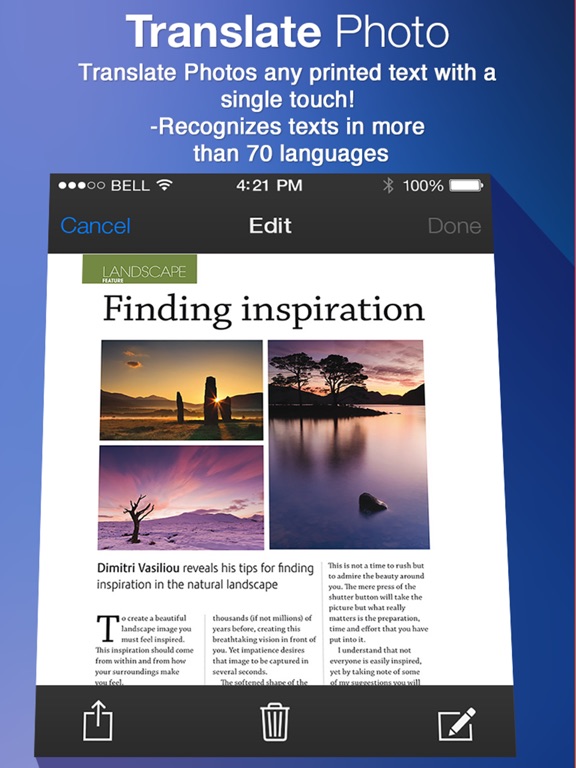 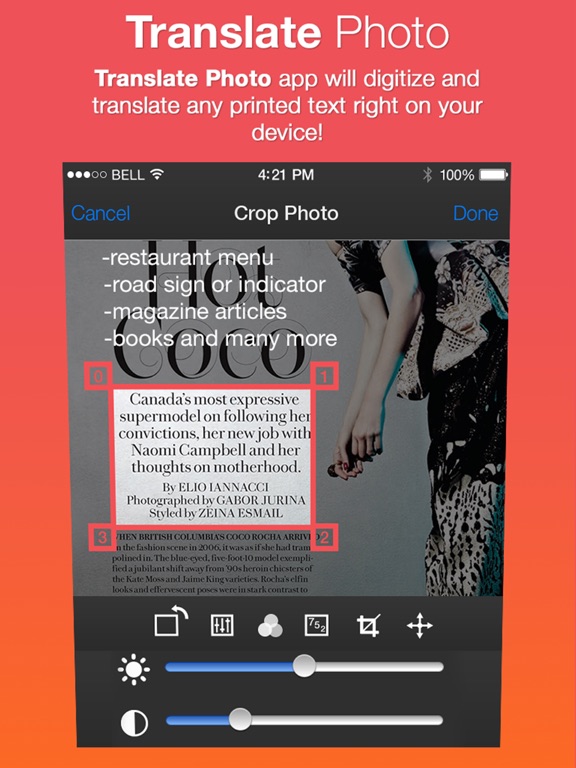 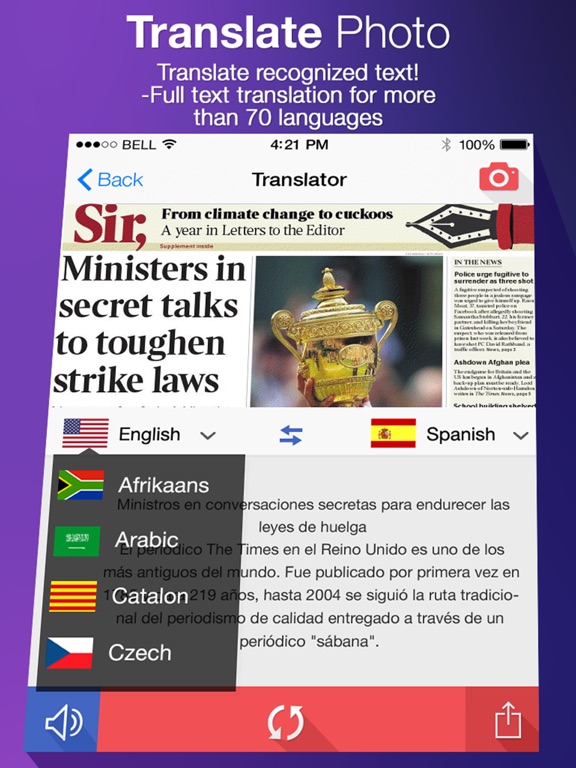 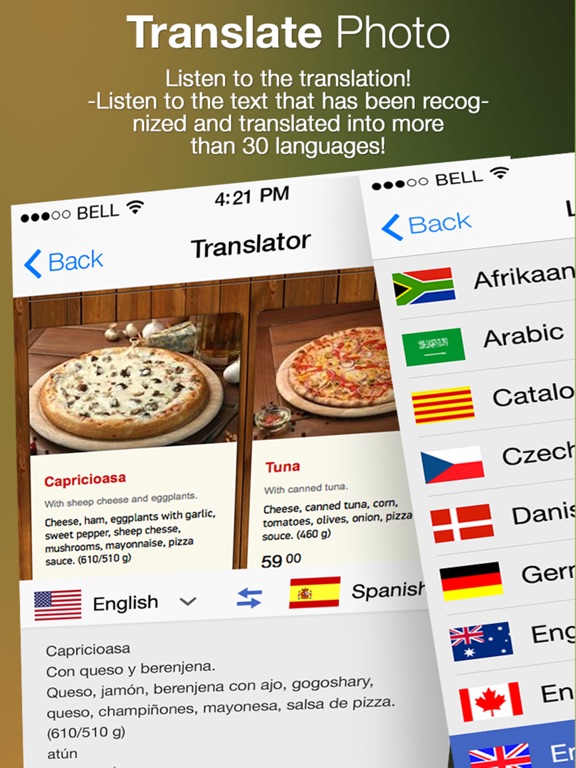 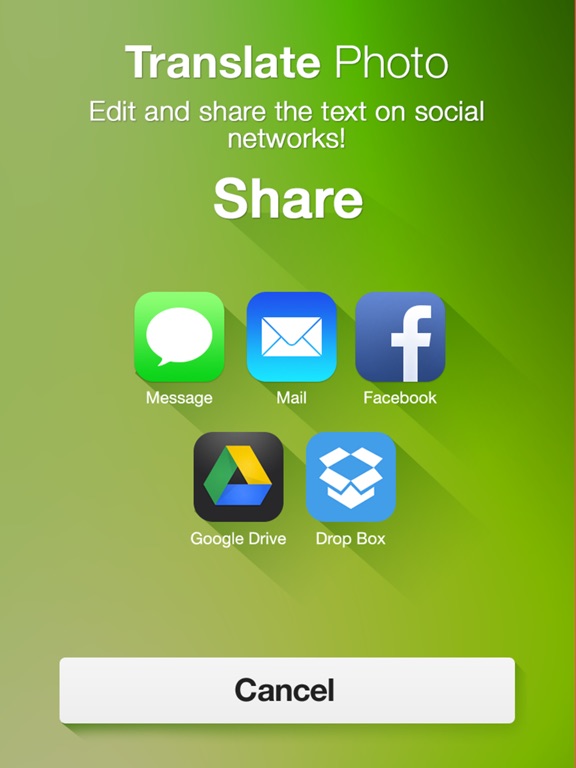